You are at:Home»Older posts»Ahh Berlin, it certainly took our breath away when PartyPoker headed to the DFB Cup Final! 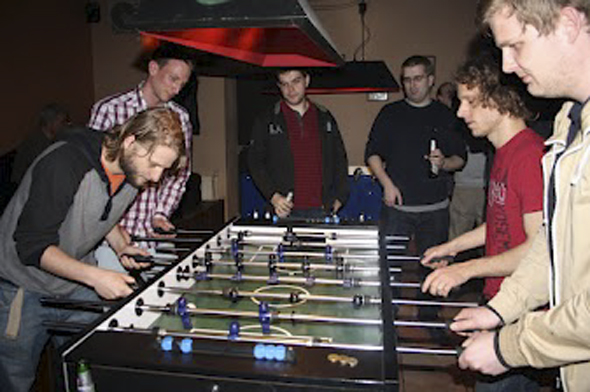 Ahh Berlin, it certainly took our breath away when PartyPoker headed to the DFB Cup Final! 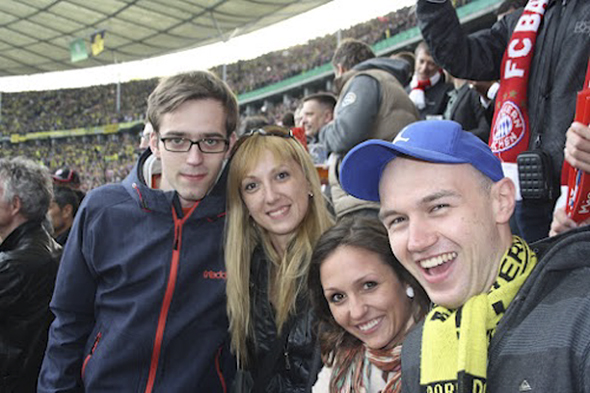 Wow this month PartyPoker provided tickets for the DFB Cup Final and brought along 10 of our finest Elite Players to the city of Berlin for a weekend of fun and games.

On the first day of our stay in Berlin, and out of love for soccer, we decided  to try out table soccer. This was going to be an iconic moment in history we could feel. As for the first time in the football history (if of course you don’t count the 2:1 at the 1994 FIFA World Cup), the Bulgarian team had pretty good chances against Germany and their experienced strikers André Kreft, Simon Kovacic and the solid  goalkeeper Chris Benz .

It was a long night out, lets just leave it at that shall we and of course it goes with out saying it was a lot of fun where yes of course – Germany used their home advantage to take this win on the table. 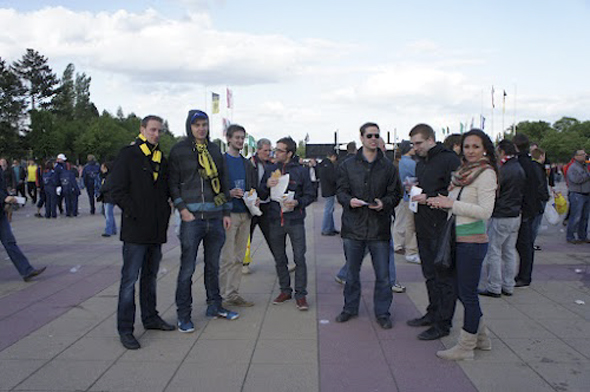 Come match day it sure wasn’t easy to get to the Olympiastadium on Saturday afternoon. With a city full of Bayern and Borussia fans, who were really friendly to each other we made our way through the turnstiles. The atmosphere of this historical famous and important stadium was just fantastic – and with over 75,000 spectators the place was ready for some serious action on the pitch! A couple of early goals from both teams gave the start to what turned out to be a really exciting game. With the score board reading 1:1 our thirst was whetted and the  equally excited Elite Players needed refreshing, an easy task in the land of beer we hear you cry! Amazingly the game ended 5:2 for Borussia which if you’d asked before no one would have expected in a million years, we should have had a bet on that action! A Game of Two Halves?

With the game ended, the night was just beginning. Berlin famous for its nightlife didn’t disappoint that for sure, so we took full advantage of this European city which doesn’t seem to sleep!  The rest of the night was perfect – there were a lot of interesting conversations and jokes told over the finest beers Berlin had to offer. With the WSOP 2012 coming up soon rumor is even more Palladium VIP will be heading that way. The only thing we can tell you about that trip is it won’t be staying in Vegas!