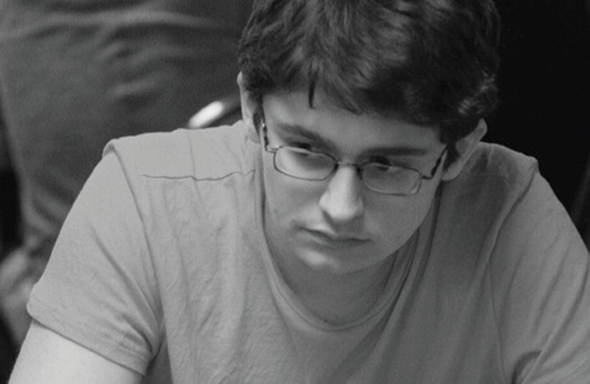 A Week in the Life of David Vamplew (Part 1)

David Vamplew only needed to win one competition to put him at the top of the Scotland All-Time Money list. It was the European Poker Tour (EPT) in London back in 2010, where he secured a $1.4 million first prize. Since that win the canny Scot has been one of the most consistent UK performers earning six-figure sums in both 2011 & 2012.

2013 has also started off in fine fettle with a fourth place finish in the United Kingdom & Ireland Poker Tour (UKIPT) in his hometown of Edinburgh.

Here is a week in the life of David Vamplew….

Talk us through your live poker action this week.

Obviously, my week was dominated by the UKIPT in Edinburgh. It was amazing, and fun, to run good and to make the final of my home tournament. It was one of those bittersweet moments. There were 612 players so you never go into the tournament with crazy expectations. So on one hand finishing fourth makes me happy, but on the other hand it makes me sad. Being in my hometown, I had all of my friends there to support me, and I felt I should have closed it out once I got into a strong position at the final table.

Can you dissect an interesting hand from that event?

There was an interesting hand on Day Three. We were in the money and the blinds are 2500/5000 I think? Our table is six-handed and I open from first position with

. It’s a very loose open but I thought it was a good time to get one through with a couple of players playing very tight.

The small blind calls. He is a middle aged English guy who I know was the chip leader back on Day 1, but don’t know anything else about him. It’s near to the start of the day so I don’t know much about him, but he hasn’t been playing tight so far, and it’s often the case that people who spin up big stacks on Day One are pretty loose.
Flop:

He checks and I decide to check back since I think when he continues he will check-raise quite often, probably quite a bit more than he will call and I don’t want to play a big pot with a flush draw, especially deep in such a soft tourney with a pretty big stack. Also if I check I can represent a mid strength hand on the flop and bluff on a later street and if I hit a flush it will be disguised.

He checks again and I think a decent amount of the time he is giving up now, and will fold to a bet. I could have a nine quite a bit having checked the flop with a 99 or 89 sort of hand, or even just ace-nine since the board is quite connected, so not especially good to c-bet. So I don’t expect him to always bluff with KJ type of hands that has missed completely. That sort of hand, plus things like 55 or 65, will make up hands that he is likely to check/fold. I bet 18k and he instantly check raises to 45k. He has about 100k behind and I cover. I have such a strong draw here that folding is not really an option given the price. So I have to decide whether to raise all-in or call?

I thought that most of the time he would either have a nine or a hand that missed completely here since I definitely wouldn’t expect a strong/middling hand like two-pair to raise with a four-straight on the board. So I decided to call and try to hit on the river, with a plan to bluff him off some better hands e.g. bluffs that made a pair or ace-high on rivers where I miss and he checks. If he is going to give up on a bluff sometimes I would expect him to bluff when I hit (e.g. flush cards, straight cards, etc.) and give up when I miss (e.g. 2h) which is obviously very profitable for me.

So I have the low end of the straight. He very quickly moves all in for about 100k. On this card – I got there – but not in as good a way as I wanted. I still don’t beat the main value hand that he’s repping (a nine), but now I have a hand that is good enough to beat a bluff, and occasional times when he might do this with something else like a set. I decided that he didn’t have too many nines in his pre flop range and that he was the type of player who might make a big bluff, especially with his timing. If he decided to bluff the turn with a flush draw or just a hand that completely missed. So I call and he has ace-deuce off-suit.

How do you measure live success?

I don’t have a measure as such. It just depends on how I feel I have played after the tournament has ended.

Your Hendon Mob statistics show that you earned $240,024 playing live tournaments last year. How much of that would you say is actual profit?

I’m not sure, but I’d say less than half.

Lee Davy is a writer from Ogmore Vale in South Wales. You can follow his views and opinions through his blog at www.needyhelper.com or on Twitter @Chingster23.